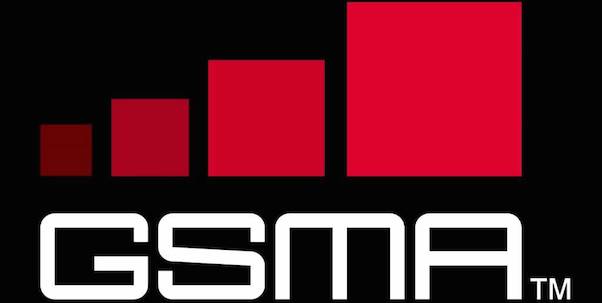 The mobile industry in Sub-Saharan Africa contributed more than US$100 billion to the region’s economy last year, according to a new GSMA study published at the ‘Mobile 360 Series – Africa’ conference being held in Cape Town this week. The new study, ‘The Mobile Economy – Sub-Saharan Africa 2015’, finds that the US$102 billion economic contribution in 2014 was equivalent to 5.7% of the region’s GDP. Mobile operators directly contributed US$31 billion, representing 1.7% of GDP. This economic contribution is set to increase over the coming years as mobile operators continue to extend connectivity to unconnected populations across the region and roll out new mobile broadband networks and services. The industry is forecast to contribute US$166 billion in value to the region by 2020, equivalent to 8% of expected GDP by this point.

“The mobile industry remains a key driver of economic growth and employment in Sub-Saharan Africa, making a vital contribution given the population growth and high unemployment levels seen in many countries in the region,” said Alex Sinclair, acting director general and chief technology officer at the GSMA. “Despite revenue and margin pressures, local mobile operators continue to invest heavily to extend network coverage to serve unconnected communities and accelerate the migration to high-speed 3G/4G mobile broadband networks. Mobile technology is also playing a central role in Sub-Saharan Africa by addressing a range of socio-economic challenges, particularly digital and financial inclusion, and enabling access to vital services such as education and healthcare.”

The World’s Fastest-Growing Mobile Region
It is forecast that there will be 386 million unique mobile subscribers in Sub-Saharan Africa by the end of this year, equivalent to 41% of the region’s population. The region’s subscriber base has grown by 13% a year (CAGR), on average, during the first half of this decade (2010 to 2015), growing at more than twice the rate of the global average (6%) during this period. The region overtook Latin America in 2014 to become the world’s third-largest mobile subscriber market, behind only Asia Pacific and Europe. The number of unique mobile subscribers in Sub-Saharan Africa is forecast to surpass half a billion (518 million) by 2020, representing almost one in two (49%) of the region’s population by this point.

Total mobile connections in Sub-Saharan Africa are on track to reach 722 million by year-end. Mobile broadband (3G/4G) will account for almost a quarter of connections this year, but will increase to 57% by 2020, driven by expanding mobile broadband network coverage and falling device costs. Commercial 3G networks have been launched in 41 countries across Sub-Saharan Africa as of June 2015, while 4G networks have been launched in 23 countries. Investment in these high-speed networks is resulting in a corresponding growth in consumers using their devices to access the internet; almost a quarter (23%) of the Sub-Saharan African population will be using the mobile internet this year, a figure forecast to rise to 37% by 2020. Mobile is seen as the primary means of accessing the internet in a region where fixed-line infrastructure is severely limited.

The increasing availability of mobile broadband networks, alongside the introduction of affordable mobile data tariffs and falling device prices, has led to a surge in smartphone use. The smartphone adoption rate has doubled over the last two years and now accounts for one in five connections, though this is still half the global adoption average (40%). It is predicted that regional smartphone connections will reach 540 million by 2020, accounting for half of total connections by that point. The report notes that the average selling price (ASP) of smartphones has fallen significantly in most regional markets, with an increasing number of models now available in the sub-US$100 price range.

Investing In Jobs, Networks and Innovation
In 2014, the mobile ecosystem directly employed approximately 2 million people in Sub-Saharan Africa, with the majority working in the distribution and retail sectors and approximately 325 000 employed by mobile operators. A further 2.4 million jobs were indirectly supported as result of the demand generated by the mobile sector, bringing the total to 4.4 million. It is forecast that the industry will grow to support more than 6 million jobs by 2020. The mobile ecosystem also made a contribution to the public finances of the region’s governments via general taxation of approximately US$15 billion in 2014.

Mobile operators in the region invested US$9 billion in network infrastructure development in 2014, a 16% increase on the amount invested in 2013. The ongoing investment in mobile broadband networks will see capital investments reach US$13.6 billion by 2020.

The report highlights how mobile operators are working on innovative solutions to expand network coverage to underserved populations in rural and geographically remote areas, and to tackle the barriers to mobile phone adoption, including affordability and digital literacy. It also indicates that mobile operators, governments and international development organisations have been working on a range of mobile-based solutions to address a variety of social challenges in the region, many of which arise from lack of access to essential services, such as basic education and health.

“Mobile is having a hugely positive and transformative impact across Sub-Sahara Africa, but future progress will depend on governments working with the industry to provide a regulatory environment that encourages investment and innovation,” added Alex Sinclair.

The full report and related infographics can be accessed on the GSMA website.