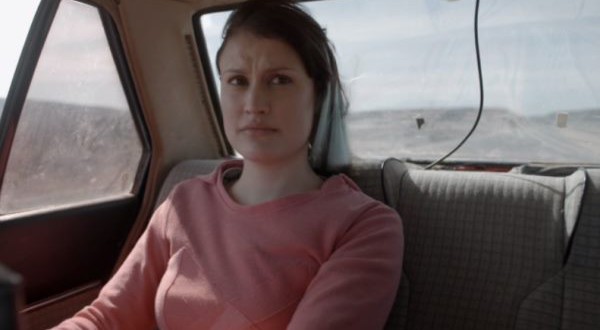 Inspired by an Annie Leibovitz portrait of William Burroughs buried in a desert up to his shoulders, Lina and Leo is a quirky 20-min film, written and directed by Yolande Botha and produced by The Brave Cartel. The film is about struggling middle-aged journalist, Leo (Jeroen Kranenburg), who is hot on the trail of a hugely successful, but recluse surrealist artist for his next big story. Known only as NJ, the artist clearly doesn’t want to be found and Leo experiences one bizarre thing after another in the strange little town where his search has taken him.

Says Botha: “Even though the film is offbeat and has elements of surrealism at times, its theme is universal. It’s really about survival and what different people are willing to do to survive.”

The film was shot in and around the Karoo town, Barrydale, with a small crew. Cinematographer on the film was three times SAFTA winner Felix Seuffret, who’s graphic composition gives the film its artistic look throughout. Features editor Paul Speirs edited the film. Its bluesy, laid-back soundtrack was provided by Riaan Smit and the Crimson House Blues band for which the film won Best Use of Music at the Independent Mzansi Short Film Festival (IMSFF) 2015. It was at the IMSFF that it also received nominations for Best Original Screenplay, Best Short Film, Best Editing, Best Production Design and Best Sound Mixing and Editing. Morné Marais of Sound Surgeon is responsible for the rich sound scape that adds humour and drama to the film.

The film screened at various festivals including the Durban International Film Festival, the Indie Karoo Festival, Short&Sweet, the Cine Pobre festival in Mexico and will be screening at the upcoming Jozi Film Festival. It was also screened in Barrydale at its neighbourhood Smitsville, to share it with the community that was involved. Due to festival requirements, the film was not available online until now.