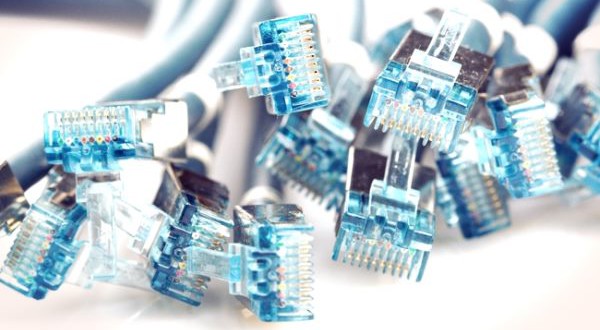 Networks have changed the world as much as – or maybe even more than – the printing press. The “internet” describes itself in a single word, and yet it’s easy to forget that it’s a giant network of connected computers and devices that allows communication across the world.

At a low level, it’s data consisting of ones and noughts, at a higher level, it’s an idea (right or wrong!), a sound, an image or even a poem. Virtually anything that can be thought can be sent across the internet.

At a local level, networks have also transformed video and film production. Larger facilities store their media on storage area networks and can share content amongst editors and finishers – speeding up the process and making it more economical.

You can see why: SDI is reliable, deterministic, frame accurate, uncompressed and based on simple cabling. But these very advantages work against it when it comes to flexibility. It’s point-to point and doesn’t carry multiple signals (apart from multiple audio channels embedded in a single SDI stream). It misses out on the almost – by comparison – miraculous flexibility of networks.

Now, it’s one thing to send an email over a network, but quite another to deliver high quality HD or 4K video over standard IT cabling, routers and other commodity infrastructure. But it’s starting to happen. In fact, several major players in the broadcast and live production industries are spending so much money and time on IP infrastructures that it’s obvious they see it as the future.

Of all these companies, NewTek, who know more than a bit about live production, has recently announced a new and seemingly very ambitious new network protocol. Does it matter? We think so, because it’s an open protocol that has – behind the scenes – already been adopted by a significant roster of industry names.

Network Device Interface, to be known as NDI (sounds a bit like SDI, doesn’t it?) allows multiple video systems to communicate with one another over IP. The system can encode, transmit and receive “many streams” of high quality, low latency, frame-accurate video and audio in real time.

Notice that this ticks all SDI’s boxes. This is clearly a serious system.

What we find encouraging about NDI is that, because it’s an open protocol, with freely available SDKs (the information and software that other manufacturers need to incorporate it in their products), there are no barriers to it being widely adopted.

Once a video signal is inside the network, it can be routed as easily as email. Every device has an equal status, and, wherever it is, it can act as a video source.

What makes this network protocol seem all the more credible is that NewTek has pioneered live video production on IT platforms. Their TriCaster range is widely used to make live TV programs across the world, and is the perfect device to recieve these these new network video sources. But all other particpating devices will be able to too.

How does it work in practise? Let’s take a very simple example. Imagine a video camera with an SDI output. To get the camera’s signal on the network, all it takes is an SDI interface card connected to a computer. A software NDI driver will take the video from the SDI input and put it on the network, where it can be seen by any NDI devices as a video source. It really is that simple, and that powerful. It means that any existing camera can become a network source.

Apparently NDI works well over standard GigE networks, meaning that many, if not most, Ethernet networks will work immediately with the new protocol.

SDI may be simple, but it is demanding as well. Although the cabling is cheap, the supporting systems have always been expensive. NDI, in contrast, is a bi directional protocol that can operate over a GigE LAN, with many streams on a single shared cable, including 16 channels of floating point digital audio. NDI supports 4K (and beyond) as well as tools for video acess rights, grouping, and bi-directional metadata.

Is NDI going to be supported?

NewTek expects it to be “the widest adopted IP standard on the market at launch in Q4”.

We think this is going to transform live video production by simplifying the way that cameras are connected to switchers. It’s going to lower cost and make more devices available as video sources.

And this is just the start.